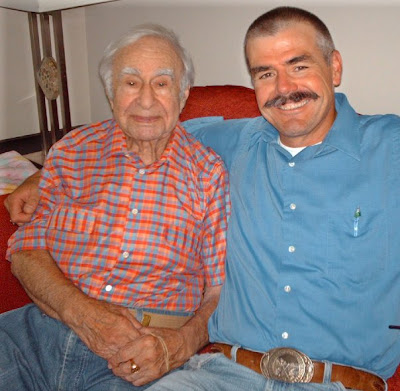 My hero and friend, Leonard Herman, with me in July 2008 in Columbus, GA.
I got a call from Linda, Leonard Herman's daughter, yesterday. She called to let me know that the VA denied Leonard's $300 burial benefit and headstone. Len passed away in October, and it took until now for the VA to send the letter denying payment.
Of course we will be appealing this, and I am fairly certain I can get the decision reversed, but it's still a sad commentary when a man who flew two tours of duty over Europe in World War Two and who helped change US occupation policy towards concentration camp survivors would get such shabby treatment the country he so dearly loved.
The battle is joined, and Leonard Herman will once again come out of the flak-filled sky victorious against the faceless bureaucracy, the same way he always did in his B-17 and his Marauder so many years ago when his country needed him.
God bless you, Leonard. I'll never forget you and we'll make sure you get what you earned with your sweat, blood and tears in World War Two.
Posted by r morris at 6:30 PM No comments: 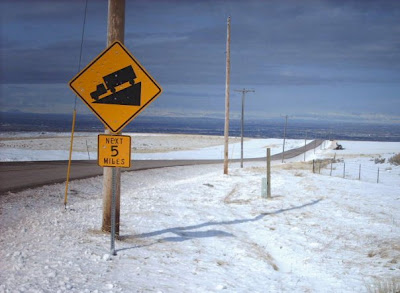 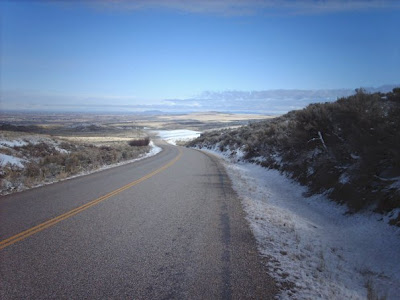 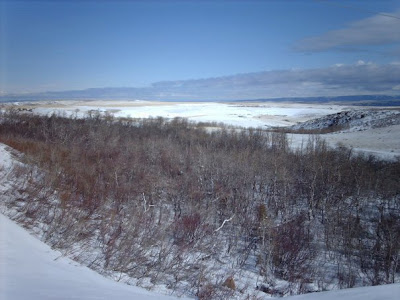 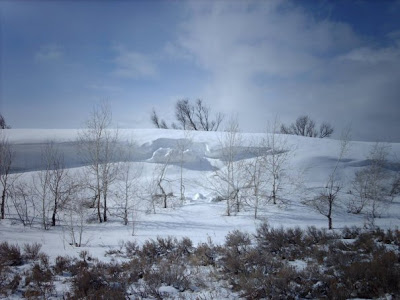 Photos from my long run yesterday, March 24 in rural Idaho. 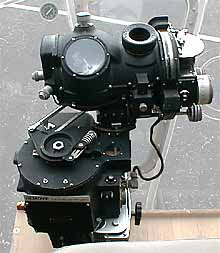 My friend Maurice Rockett, a B-17 bombardier with the 95th, sent me this article today. It's very good.