I just heard from a friend of mine that a man who lives here in Idaho Falls was a pilot with the Flying Tigers in World War Two. I am going to interview him in the near future, God willing. My friend said that this gentleman is pushing 100 years old.
Posted by r morris at 7:57 PM No comments: 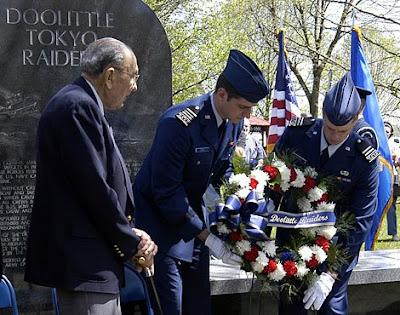 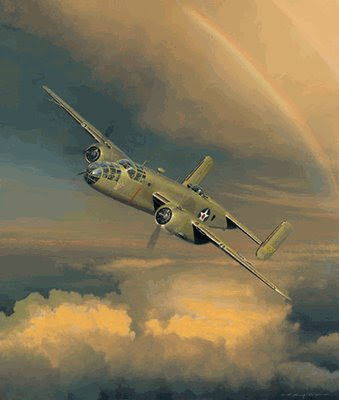 WASHINGTON (AFRNS) -- Thousands of people, young and old, gathered to honor five of the nine surviving Doolittle Raiders at the 67th Reunion in Columbia, S.C., April 16 to 18.

On April 18, 1942, the Doolittle Raiders, led by then-Lt. Col. Jimmy Doolittle, became the first to bombard Japan following the attack on Pearl Harbor.

"Early on, everybody thought leaving the flight deck of the carrier was the biggest challenge of the trip," said retired Lt. Col. Richard E. Cole, the late General Doolittle's co-pilot. "As it turned out, it was the easiest thing, and I had a special advantage because I was sitting next to the best pilot in the world. I admire all of the guys; I especially admire the man I was sitting next to, a fine man and a great pilot."

"I was amazed, dumbfounded and proud," Colonel Cole said. "I was born and raised in Dayton, Ohio, where they had the first test base. I used to watch Colonel Doolittle."

Colonel Cole said he does not consider himself a hero, but rather was "just doing my job" when he participated in the raid on Japan.

Of the thousands who gathered during the three-day reunion, many came to pay their respects for the Raiders' symbolic act only a few months after the attack on Pearl Harbor. Some of the attendees commented that this would probably be the last time the raiders would participate in a reunion in Columbia. Previous reunions of the Doolittle Raiders in Columbia were organized by the Celebrate Freedom Foundation.

To pay tribute to the raiders, a visible reminder of the length of the USS Hornet's flight deck was displayed from the mouth of Columbia's Aeronautics Commission Hangar doors adjacent to a U.S. Air Force B-1 bomber, which displayed the official Doolittle Raider crest and the inscription, "Toujours au Danger" -- "Always into Danger."

Participating in the official passing of the crest was Brig. Gen. James Kowowski, commander of the provisional Air Force Global Strike Command.

For their raid 67 years ago, the Doolittle Raiders were drawn from the World War II versions of the 95th, 34th, 37th and the 89th reconnaissance squadrons of the 17th Bomb Group. Col. Carl "Buck" Shawhan, 28th Operations Group commander at Nellis Air Force Base, Nev., oversees the present-day 37th and the 34th bomb squadrons.

"As airmen, we understand the significance of the original acts the Doolittle Raiders performed in World War II, and the original Doolittle Raiders were the first Airmen to strike against Japan in World War II, flying their B-25 in a surprise attack against the Japanese mainland," Colonel Shawhan said. While it was a different time and era, the colonel said, he is awed by their ability to carry out such a bold raid 67 years ago.

"When they took off, they had no idea they would ever see their families again," he said. "They had no idea what kind of impact they would have." The attack had a substantial impact strategically on Japan's defenses, Colonel Shawhan said, and was an uplifting moment in U.S. history.

"Zoom forward to the future: 2001, after 9/11, when the United States was attacked, people were ... wondering about our ability to defend ourselves," Colonel Shawhan said.

He added that the modern day Doolittle Raiders were one of the first to attack against the Taliban in Afghanistan a month after the Sept. 11 attacks.

U.S. Air Force Academy Cadet Helen "Meg" Wildner, granddaughter of Doolittle Raider Lt. Carl Wildner, navigator of the raid's second B-25, will graduate from the academy in 2010, and reflected on the importance of the raid.

"Personally, the Doolitte Raid is definitely important to our history" she said. "It was a huge morale boost. Even after Pearl Harbor, it was an encouraging fact that we could stand up for ourselves and persevere. When you talk to the Doolittle Raiders, they don't necessarily consider themselves these huge heroes. They were just doing their jobs." (Navy Lt. Jennifer Cragg serves in the Defense Media Activity's emerging media directorate.) 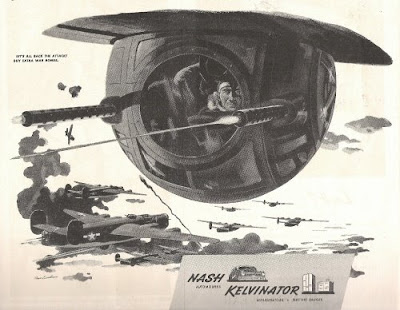 This is from my friend Les, whose grandpa was a ball turret gunner in the 95th:
"For my grandfather:


…that is without the E/A and flak! 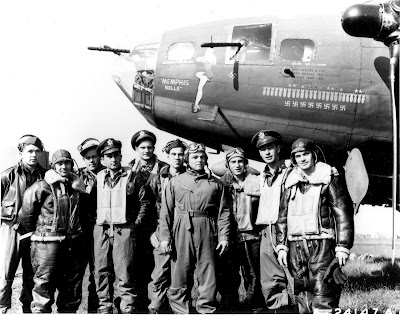 I will make the attempt to have future editions of Untold Valor either corrected in the book itself or have an errata slip inserted in the front, and I offer my sincere apologies to Lt. Col. Almon and all the brave members of the 91st who were slighted by my error. Thank you, Lt. Col. Almon, for stepping up and going to bat for your bomb group to correct this error.
Posted by r morris at 10:25 AM No comments:

Dear Readers,
Please visit this link and consider helping me honor a WWII hero. I'm going to run the 8,400 foot Teton Pass on D-Day to raise money for a gravestone for my late friend.
http://tetonpassrun.blogspot.com/
God bless,
Rob
Posted by r morris at 7:26 PM No comments: