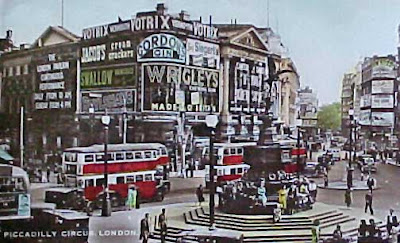 Every World War Two airman I've talked to over the years has mentioned the Piccadilly Commandos, and the excitement of a trip to London, which usually involved at least a side-trip to Piccadilly Circus to see the sights.
Piccadilly was a hub of activity in wartime London. One of the activities was prostitution. 390th Bomb Group ball turret gunner Clifford Puckett remembers that the news vendors would call out: "Papers! Papers!" and then in a subdued voice "Condoms! Condoms!" Another friend remembers the surprise of having his privates accosted in the pitch-black of night in blacked-out London by a Commando. Prices ranged from five pounds to twenty-five pounds, depending on duration of service. Most of the men I know never partook, and few of the flying personnel needed to. The 'flyboy' uniform (and the available cash it indicated) was more than enough to attract pretty girls in wartime London. 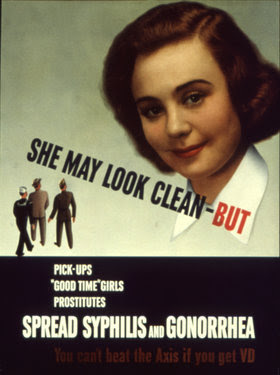 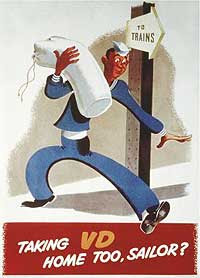 Many admit to being scared to death after being approached by the commandos. Many young American airmen were from small town America, and had only the faintest notion of city life, seedy or otherwise. For this reason, many of the girls in Piccadilly were comically brazen, and many a young airman ran for his life to protect his virginity. 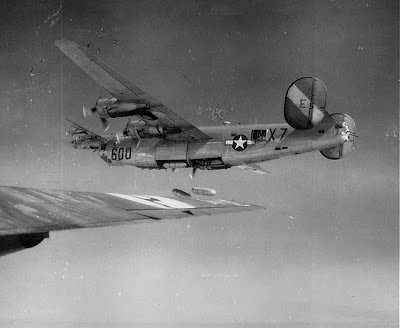 Some aircraft, such as this B-24, were even named after the girls of Piccadilly Circus. This plane was called "Piccadilly Commando". Another common name was 'Piccadilly Lily'. 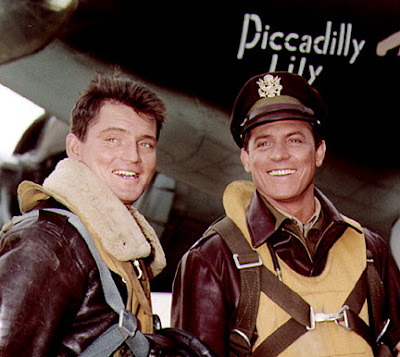 'Piccadilly Lily' was a main character in the 'Twelve O'Clock High' TV series in the 1950's. 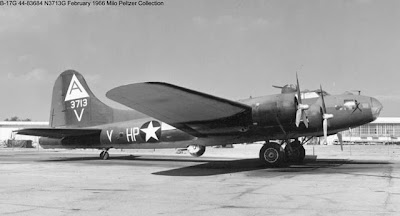 This 'Piccadilly Lily' is still flying. 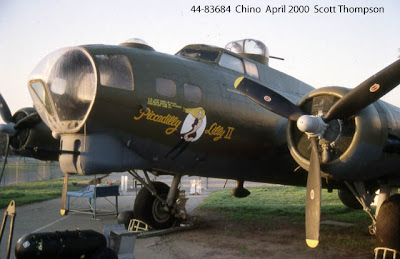 This is not to say I haven't heard a few stories that curled my hair. These were red-blooded young men, living one day at a time, drinking liberally, and uncertain of what the next mission would bring. Many were certain that they were living on borrowed time. They'd already watched friends die and figured it was just a matter of time till it was their turn. It is a tribute that so many, despite the odds of survival, stuck to their values and also how many ended up marrying British girls and bringing them back to the States after the war.
Posted by r morris at 6:15 PM

I was in Piccadilly Circus on Wednesday and must admit I was not approached by a Commando!

Do they still exist in Piccadilly?