A program about the air war over Europe airs February 8, 2010.
Click here for trailer and info.
Posted by r morris at 6:20 AM No comments:

Camouflage on the Home Front--Lockheed's Burbank Aircraft Plant in WWII 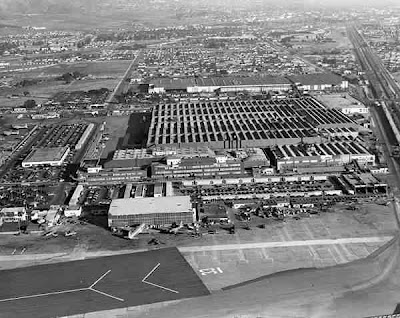 Burbank, CA Lockheed plant before. According to this website, Lockheed hired Disney to turn the plant into a suburban community shortly after Pearl Harbor. Read the story here. (Click on the purple 'here') 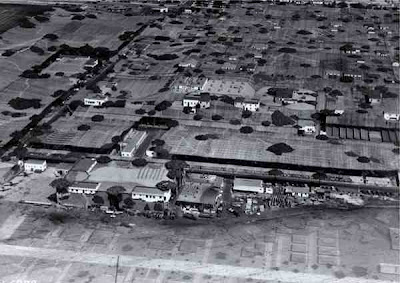 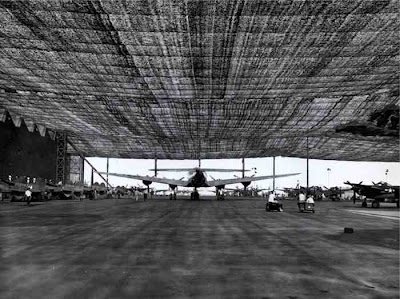 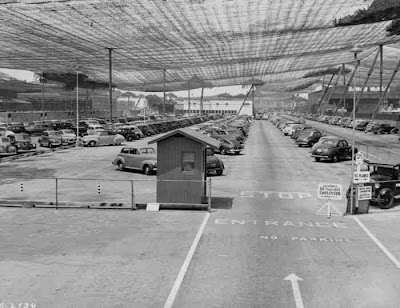 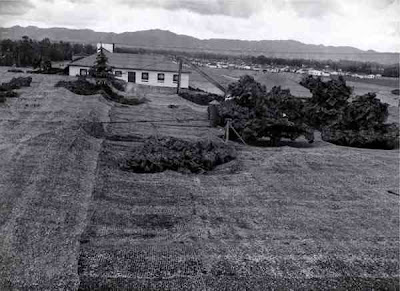 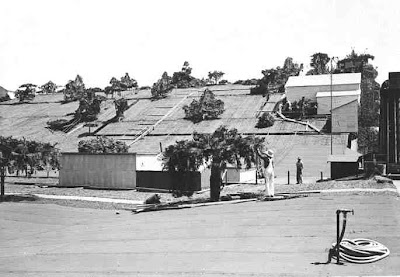 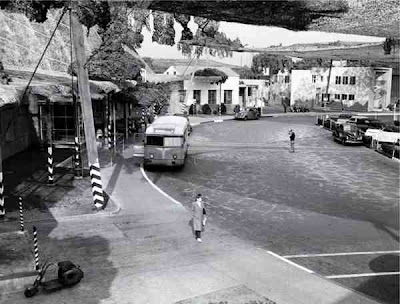 My friend and former student Jeff Shirts sent me this post. I've seen the photos before and am fairly sure this is true. Anybody know more about it? This is Lockheed's Burbank aircraft factory disguised as a residential subdivision during World War Two.

Just and update to let readers know I am still alive and working on stories. What you may not know is that I am a public high school teacher (in the US, public means public not private). I work at a school that is officially a Title I school, meaning it has such a high percentage of economically disadvantaged students that it gets extra government help. Also, though I teach a high school level, the 9th grade is in a junior high. Go figure.
I have been at this school since 1989, other than for a six-year hiatus resulting from the necessity to distance myself from a corrupt former administration which is now gone. (This administration tried to ruin a fellow teacher, defamed his character, and later lost a large monetary settlement in the ensuing lawsuit, not to mention their collective jobs). But that's another story.
Teaching requires massive amounts of daily work, and it doesn't end when the final bell rings. Ten-hour days are the norm. Weekends are full of planning.
On top of that, I am putting finishing touches on the 95th Bomb Group book, and also working on my next book. This weekend will continue to work on a chapter about an amazing man who got the Navy Cross on Okinawa. He lives right here in town so I can drive over and see him.
It seems there are not enough hours in the day to do everything, and the first thing to suffer is this blog, but rest assured, things will pick up again.
Posted by r morris at 6:31 AM 1 comment: 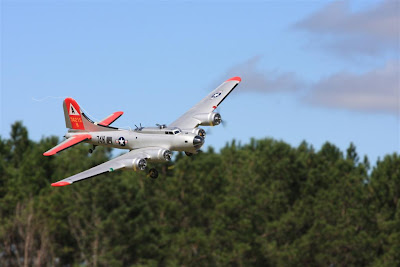 The above RC plane is a 1:9 scale B-17. The B-17 shown in the video below is even bigger, 1:6 scale. The Tondelayo, flying out of Australia, is 108 pounds!
Incredible dedication to build, maintain and fly such a huge RC plane. (Click the purple hyperlink to find out more about this magnificent piece of machinery and to watch it fly)
Posted by r morris at 7:05 PM No comments: 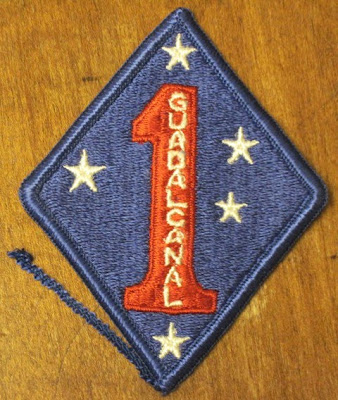 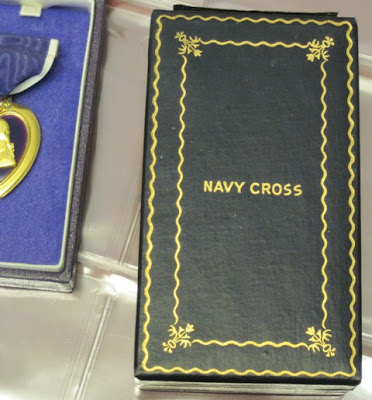 Readers, so sorry for the lag since the last entry. I have been very busy finishing up the 95th Bomb Group history (it is now done) and also working on my next book, about World War Two in the Pacific. I had an amazing interview yesterday with a man who was in the Big Red One on Okinawa and won the Navy Cross for heroism. Like most heroes, he doesn't accept the classification as such. When his story has been vetted and okayed by him, I will post it here. Suffice it to say it is amazing and literally brought me to tears writing it. I am blessed to know these great men who put their lives on the line so that the world could be free. I hope we never let these men down and forget their sacrifices.
Posted by r morris at 4:18 PM No comments: