An Exercise in Humility

Another book signing last night, though I doubt John Grisham or J.K. Rowling have the same experiences. The manager of the book department at a large bookseller here in town asked me to do a signing about a month ago. I'm not a big fan of these, but they are part of the contract with the publisher and they are a good way to get the book out there, so I said yes.

The last two times I did signings, they were advertised on the store's marquee, which is on the busiest street in town. I noted this week that there was no advertising--not an auspicious start.

When I showed up last night, it dawned on me that they had entirely forgotten I was coming. There was no table, no chair, no pens. Luckily, they did have books on the shelf.

I was supposed to sign from five to eight, but packed up and went home at 7:30 after selling six books. Granted, those six people were happy to get them, but the lack of effort on the part of the store, coupled with the fact that Idaho Falls is not much of an aviation town, doomed my signing to failure.

In any case, this will keep me very humble.

Below is a photo of people lined up to get a signed copy of my book 'Untold Valor'. Pushing and shoving was not a problem this evening. 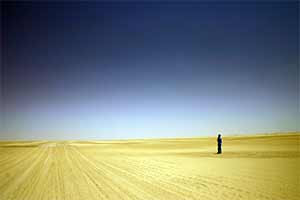 Having written a number of books I know a little about book signings Rob. I've never done one other than with Bill Wyman, who is famous enough to attract a crowd. There's no way I'd put myself through it, I admire your courage. Even some of the one's I've done with Bill have been poorly attended, and you're right it's down to how well the book store gets behind the signing.

I wish I was closer to Idaho Falls. I'd have got a coach party together!

Thanks, Richard. I appreciate the support. Wow, a coach party would have been pretty fun! It conjures up images in my mind of a psycedelic bus filled with unusual people, all of whom love WWII aviation.

Their loss. The book is great!

Thanks, Anonymous. I appreciate that thought. :)
I'm guessing this may be John?
Rob