Tom Landry: From B-17 Pilot to NFL Hall of Fame 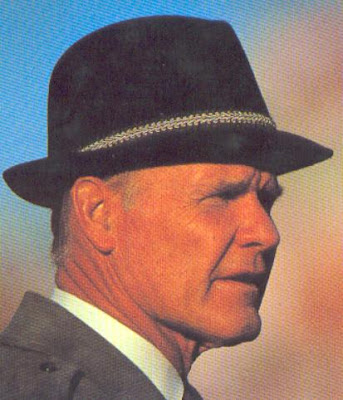 The serious visage of famed Dallas Cowboys coach Tom Landry is one of the most familiar in American sports, but few know that Coach Landry, who passed away in 2000, was also a World War Two B-17 bomber pilot in World War Two.
Born in Mission, Texas, deep in the Rio Grande Valley, Landry joined the Air Corps after a semester of college, and flew 30 combat missions over Europe in World War Two, including one where he had to crash-land his Fort in Belgium after it ran out of fuel.
Commissioned as a Second Lieutenant at Lubbock Army Air Field, Landry was assigned to the 493rd Bomb Group at RAF Debach, England. Flying as a co-pilot in the 493rd's 860th Bomb Squadron, Landry flew his missions between November 1944 and April 1945.
Posted by r morris at 6:52 PM

A true American Hero and one fine example of a Man.