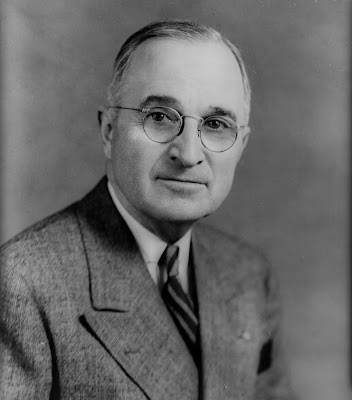 Sixty years ago this week, President Harry Truman signed into law an act integrating the United States Armed Forces, a huge step forward in the Civil Rights movement, one that predated by a decade the efforts of Dr. Martin Luther King, Jr. and others. It was a momentous step, carried out with little backlash, and paved the way for the great things to come. As U.S. Presidents go, President Truman rarely gets the accolades he deserves, even after David McCullough's wonderful biography. It was Harry Truman who changed U.S. policy towards displaced persons in US-Occupied Germany after World War Two, and the former haberdasher from Missouri was a champion of civil rights from the day he entered office.
Following is a CNN news report on this important day in American history. This story initially ran in 1998.

Although blacks in uniform had fought in American conflicts throughout the country's history, including the Civil War, rarely had they been treated as equals
(CNN) -- It took decades to fully integrate the U.S. military, but there is general agreement that what President Harry Truman did 60 years ago this weekend helped ignite the country's civil rights movement and put its largest armed service, the Army, in the forefront of race relations.
On July 26, 1948, Truman issued a then-controversial executive order that called for "equality of treatment for all persons in the armed services, without regard to race, color, religion or national origin."
Though African Americans in uniform had fought and bled for the United States throughout its history, rarely had they been treated as equals to whites. For that reason, 1948 was a milestone.
"It was good for the country and good for the services and it meant a great deal to a large number of citizens of the country," says retired Air Force Col. Charles McGee. 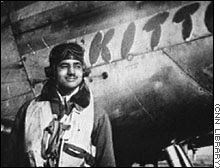 In World War II, he belonged to the Tuskegee Airmen, a distinguished all-black combat unit established by the Army Air Corps in 1942.

Black volunteers helped the U.S. win the Battle of the Bulge in World War II

But perhaps the high point of (the 1998) anniversary observances was Thursday's bestowal of Bronze Star medals on five African-American World War II veterans. 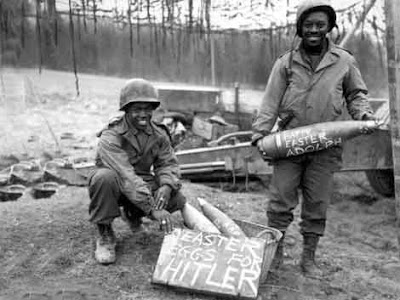 They were among 2,221 blacks answering Gen. Dwight Eisenhower's emergency request in 1944 to serve in the front lines with units depleted in the fight against Germany.
The opportunity to be the first black soldiers to serve with white troops on the front lines came with a catch, however. The volunteers had to give up their noncommissioned officer's stripes and serve as privates. When they returned to their units at the end of the war, their lost rank was not restored.
After the war, when the military decided to award the Bronze Star to all who had served as combat infantrymen, these men were not contacted.
Through contacts by black veterans organizations and individual letters, the Army learned of its oversight and took steps this year to correct the record.
Posted by r morris at 10:16 AM