The last B-17 lost in WWII was from the 95th Bomb Group, and went down during a Manna/Chowhound Mission to drop food to the starving people of Holland in May, 1945.

When I signed on to write the unit history of the 95th Bombardment Group (Heavy), one of the premier B-17 Flying Fortress groups of World War Two, I knew that in order to get a rough draft done by the end of 2008 I would have to work pretty much non-stop all summer. I spend most of the day either reading material, mostly primary source stuff, or writing. Breaks for lunch and for my late afternoon run keep me fresh.

When school starts in mid-August, I will be in a new school with a new assignment, which means extra work for the first year or two. There won't be a lot of time to write then. As Elvis used to say, "It's now or never." 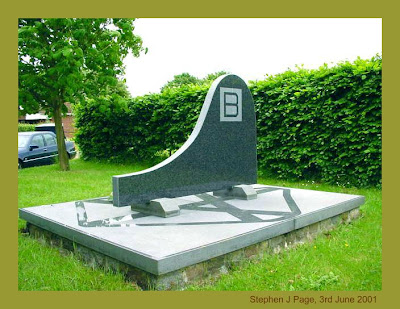 
There's no shortage of material. It's likely I'll end up with a thousand pages of rough. Luckily, I have a 95th BG pilot, John Walter, vetting things for me as I go, and my co-author, Ian Hawkins, will also bring his fine-tuned writer's eye to the project, so it will be pared down and much improved by the time we're done. In the meantime, I feel like I have stepped back in time and am living on the 95th Base at Horham, East Anglia in the early 1940's, surrounded by young American men half my age who go off to face near-certain death on a regular basis, or by the brilliant support crews on the ground who made it all possible. I've been along on more missions than I can shake a stick at, been shot down a dozen times, evaded a few times, including once by walking over the Pyrenees into Spain with Chuck Yeager, and pretty much been absorbed into a different place and time. Having been to Horham and walked the runway and through the village, I can visualize the interactions between the villagers and the Yanks, especially after interviewing so many villagers this June. They had a special relationship that continues to this day.

In any case, the Square B B-17s of the 95th, the men who flew them, the men who kept 'em flying, and the Brits who lived near them, have populated my life this summer and seem as real as if it were only yesterday. We are well on our way to writing what I hope will be the best unit history ever written about an American bomber group.
Posted by r morris at 8:10 PM

Rob, THANX SO MUCH for taking on the challenge of writing the 95th BG's unit history! I'm confident you've been adopted into the 95th BG family as you tell their stories, keeping alive the memories and legacy of the brave veterans from WW2. It was an honor to meet you and spend time with you in Tucson. I look forward to the unit history you produce from the precious primary sources, our veterans! gwg

Thanks for your kind words, Gerald. I promise you a good book. Rob