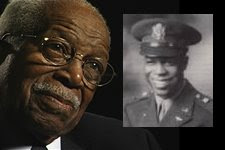 WASHINGTON (AFRNS) -- Retired Lt. Col. Charles Dryden, 87, one of the famed "Tuskegee Airmen" who broke the military's color barrier by becoming a World War II fighter pilot, died June 24 in Atlanta.
Colonel Dryden was born Sept. 16, 1920, in New York City to Jamaican parents. He graduated from Peter Stuyvesant High School and earned a bachelor's degree in political science from Hofstra University and a master's in public law and government from Columbia University.
In August 1941, he was selected for Army Air Corps aviation cadet training, and was commissioned April 29, 1942, one of three graduates in the second all-black class to graduate from the Tuskegee Army Flying School in Alabama. He was a member of the 99th Pursuit Squadron and later the 332nd Fighter Group, which served in North Africa, Sicily and Italy.
Known as "A-Train," he remained in the military after World War II and served in additional combat during the Korean War. He retired in 1962. After his military service, Colonel Dryden traveled throughout the world to share his story with both Airmen and civilians through a variety of appearances. 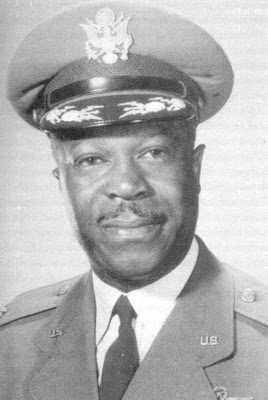 In 2007, he flew with nearly 200 Aviation Career Education students from Atlanta to the National Museum of the U.S. Air Force in Ohio to present the museum with a replica of the Congressional Gold Medal for a ceremony.
He also wrote his autobiography, "A-Train: Memoirs of a Tuskegee Airman," which was published in 1997 by the University of Alabama Press.
"Many of us feel we have an obligation to inform as many people as possible," said Colonel Dryden during a visit to Kadena Air Base, Japan in February. "They need to know about this very important part of American history from our own experiences."
His visits made an impression on many Airmen.
"I was so excited to see him because my grandfather was his crew chief during World War II," said Master Sgt. Jonathan Curl, 18th Logistics Readiness Squadron at Kadena AB. "It was a way to touch my grandfather again."
His message of challenge and change resonated with those in his audience.
"I believe the experiences that (he) faced during his career set the path for all who came and will come behind him," said Master Sgt. Michelle Rozier, 116th Air Control Wing protocol superintendent at Robins Air Force Base, Ga., where Colonel Dryden gave a speech. (Courtesy of Air Force Print News)
God bless you and God speed, 'A-Train'. You're an American hero.
Posted by r morris at 4:02 PM

I first met Lt Col Dryden at the Orlando TAI Convention. I was sitting down front during one of the meetings when he was wheeled in and I was asked to "look after him" during the meeting, which I did. We talked a little bit, then a litle more and eventually found ourselves laughing.

I was fortunate enough to escort the group to the TAI Museum dedication and Col Dryden was on my bus. During the ride to the hangar most of the "guys" fell asleep but as soon as they heard that WW II plane buzz the bus they woke right up and Col D was right in there talking about his escapades as a pilot - just like it had just happened. It was an amazing experience that brought tears to my eyes. He was a brilliant man and will be sorely missed by all who had the pleasure to share his space.

I first met Chuck Dryden when I was asked to introduce him and his newly published book at the Wesley Chapel/Wm, C. Brown Library in DeKalb County in April, 1997. After listening to his story and getting a signed book, I read and was blown away that I had never before even heard of The Tuskegee Airmen or that all the Black members of the Airforce during WWII were members of that elite group. But what came as a shock was on Fathers Day, 2000, when I took my children to my Fathers grave and read on his VA issued headstone, "US Army Air Force" and realized that he was a Tuskegee Airman too...