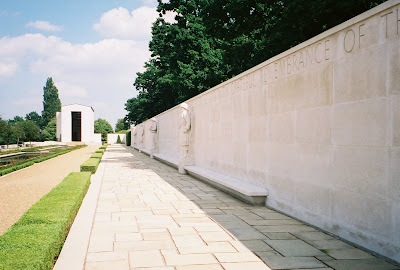 The Wall of the Missing, Cambridge. 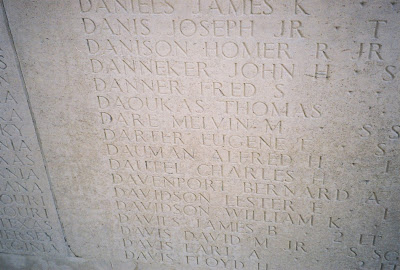 Eugene Darter's name on the Wall of the Missing. 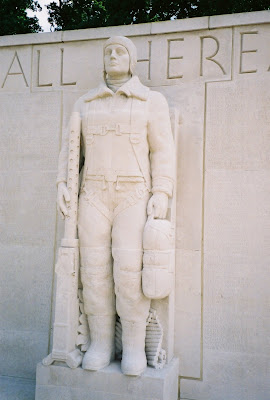 A lone airman stands guard at the Wall of the Missing. He is joined by a lone soldier, sailor and Coast Guardsman. 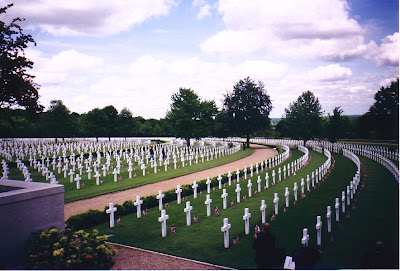 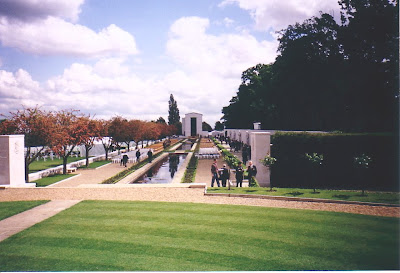 This 30.5-acre cemetery contains 3,810 headstones of American servicemen killed in the European Theater. There is also a 427-foot-long Wall of the Missing, dedicated to the memory of those whose remains were never found. There are 5,127 names on the wall. Among these is Eugene Darter, big brother of Mike Darter who went down on his first mission with the 95th Bomb Group. It's a beautiful and hallowed spot, green and well-kept. The graves here represent 42% of all those temporarily interred in England and Northern Ireland. Many of those killed in action were eventually re-buried back home in the States. These are the men who stayed behind and made England their final resting place.
Posted by r morris at 9:15 AM

Thank you for sharing these photos and words. I will always remember the image of the gunner, larger than life, with my 7-year-old son standing at his side, looking up at him...and wonder how many fathers never came back? How many young men never had the chance to have or see a son or daughter? We humans do badly when we resort to war, but we redeem ourselves by how we honor those who served with honor in a maelstrom bigger than themselves. A place of reflection, indeed.